No one likes to lose, not even the pathologically obsessed players. And yet they continue to place bets.

So why tempt fate over and over again if the casino will still win, not the player?

People with an irresistible craving for gambling say that even after a string of losses, they still return to the card table or slot machine to experience vivid emotions.

How gambling makes a monkey out of humans
Casino secrets: how money is pulled from players
“I always wanted to play,” the former gambling addict recalled in an interview with Scientific American magazine in 2013. “I loved the process and the ecstasy I experienced while playing.”

“I needed money to satisfy my need to play,” he explained in court.

But if the game brings only losses, and due to gambling addiction you can lose your job or home, is the short-term pleasure worth such sacrifices?

Mark Griffiths, a psychologist at Nottingham Trent University and an expert on behavioral addictions, says players attribute their addiction to multiple reasons.

A poll of 5,500 players showed that their main motive was the opportunity to “win big money.”

However, it was closely followed by arguments such as “this is fun” and “this is exciting.”

“Even if you lose at the game, your body still releases adrenaline and endorphins,” he says. “People come to gambling establishments to have fun.”

These findings are supported by a 2009 study by researchers at Stanford University in California.

They found that about 92% of people have a “loss limit” at which they stop playing.

However, the very fact of losing money after going to the casino, for example, did not always affect their overall gaming experience.

In addition, losing can reinforce the positive emotions of winning at least for a short time. The reason for this lies in the changing expectations of players during a losing streak.

Robb Rutledge, a neuroscientist at University College London, and his colleagues conducted an experiment with 26 people.

People were offered situations in which they had to make a choice leading either to a definite or to an indefinite result – that is, in fact, it was a game.

During the experiment, the participants’ brains were scanned. They were also asked to rate their feelings of pleasure after every second or third attempt.

A similar experiment, but without a brain scan, was carried out using a smartphone app called The Great Brain Experiment. More than 18 thousand people took part in it.

The study yielded many interesting results: for example, scientists found that the less participants expected to win, the more they enjoyed it.

This was evidenced by the subjects’ own assessment and the data obtained as a result of brain scans.

Thanks to the scans, the scientists were able to detect increased activity in an area of ​​the brain associated with dopamine neurons.

Dopamine, which is a complex neurotransmitter, in this case could cause changes in the emotional state of the participants. 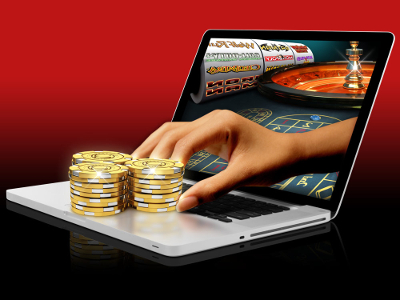 “After a string of failures, expectations are lowered and the person is much happier when they finally win,” says Rutledge.

This alone sounds tempting. “If you have a few troubles in a row, and your expectations go down, and then you manage to achieve good results, your sense of satisfaction is likely to be more acute,” he explains. “Although at this stage it is probably worth getting out of the game.”